My name is Missy Jackson and I’m a legal assistant here at VanDerGinst Law. My last diagnosis was in 2019. January of 2019. I was diagnosed with R2-negative non-hormonal breast cancer, which is very aggressive. I started getting screenings when I was 18. I found my first lump just out of high school. I was playing softball and slid in headfirst to third base and got the pain from the lump. Fortunately, that one was benign.

It was terrifying. I was so scared. And of course, that was we’re not going to say how many years ago, but that was a long time ago. And it wasn’t… Breast cancer wasn’t really talked about like it is now. It wasn’t in the forefront. So it was a lot of unknowns. This time, when I got diagnosed, I was very scared. I have four children, and that was my first thought, was at first, it was that long, deep breath and then it was hold the tears back. And I looked at my surgeon and said, “How are we going to beat this?”

I had two different types of chemotherapy. I have, and they call it the red devil, so I had that for about the first month and a half, which is very, very sickning. And it’s very overpowering. And then I took a break for about three weeks and then I went into another type of chemo, which wasn’t quite as sickening. But then I had that for almost five months.

It was very exhausting. And then surgery and then radiation. So then that went through almost February of this year. Well I, just last week, had my three month checkup where I have a bilateral mammogram and they do all kinds of blood work and I’m still in remission. I’m still looking good. No signs of anything, any growths. So I’m doing pretty good.

I was actually diagnosed with the cancer just a couple of days after I was offered the job here, and VanDerGinst was just supportive and there for me the entire way.

There’s a lot of programs right here in the Quad Cities that help, that help individual families. You can donate. I know there’s like Bowling for Boobies. There’s Forever Me. There’s the Susan G. Komen walks. There’s so much out there that you can do. And in many ways, I look at this as a blessing. I have been blessed throughout this whole process the last year and a half. Even.. I’m not… It’s definitely been difficult, but there is a lot of blessings along the way too. Being positive and just knowing that every… Just one day at a time. You’re going to make it one day at a time.

There’s just so much hope out there. If I could tell anybody to get screenings earlier than what they’re telling us to, I would. Like I said, I had my first lump at 18. Breast self-examination is very important. There’s a lot that you can do at home to just make sure that you’re healthy.

So this is where I want to stand up and shout at the rooftops. When I was diagnosed in 2019, I was one year and six days out from my last mammogram, which was clear.

And then, poof, there’s this very aggressive cancer growing in me, in that short of time. So I can’t speak enough because it’s so imperative. If I had maybe skip this one, we don’t you know, who knows how far along I would have been as far as what stage I was in when I was diagnosed. But I really believe that being adamant about the screening saved my life. I really do.

We here at VanDerGinst Law are so proud of Missy, and we share her story and the hopes that it inspires others to get screened. Early detection is crucial in the fight against breast cancer.

Call your medical provider today to schedule an appointment. 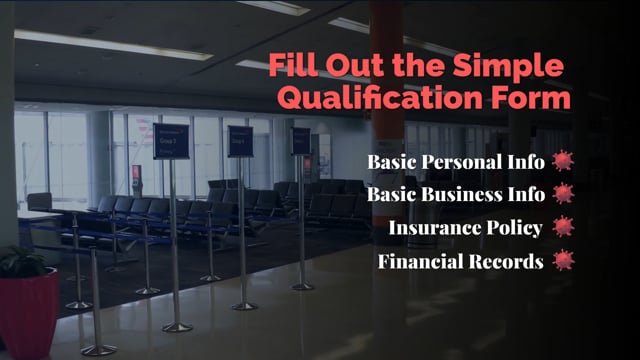 Get Help With Your Covid-19 Business Interruption Insurance Claim
Your business interruption insurance clause may cover compensation for Covid-19 closures. We can provide help to see if you qualify.
Community
14 views

Iowa Derecho Business Relief – How VanDerGinst Law Can Help
If you are an Iowa business that has been impacted by the derecho storm in August 2020, relief may be available. See how we can help.
Community
25 views